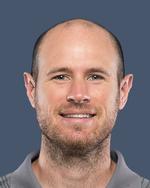 Gavin Penny begins his third season as the Husson head men’s soccer coach and fifth year on staff in 2018.

During his time as an assistant at Husson, Penny contributed to a winning tradition that resulted in two winning seasons with a combined 21-14-2 record. During his two-year tenure, the Eagles made two conference championship tournament appearances, a North Atlantic Conference Championship, and a berth to the NCAA Division III National Championship in 2014.

Under the watch of Penny during his second year, Husson posted an 8-8 overall mark with a 5-4 record in NAC play en route to the fifth seed. The Eagles saw their season come to end with a 1-0 loss to #3 New England College in the NAC Quarterfinals.

2016: In his first year at the helm for the Eagles, Coach Penny led the Green and Gold to a 9-7-2 overall record and a 6-2-1 mark in North Atlantic Conference (GNAC) play. As the #4 seed in the conference tourney, the Eagles defeated #5 Maine Maritime Academy, 1-0, in a NAC Quarterfinal on October 29th to advance to the semifinal round for the eighth time in 14 seasons as a member of the conference. The campaign came to a close with a semifinal loss at top-seeded Thomas College, 3-2 in overtime, on November 1st. With the win over the Mariners, Penny became the first head coach in program history to win a postseason game in their first year at the helm since Nick Benoit in 1999 and the third overall joining Benoit and Milan Kesar.

Prior to his arrival at Husson, Penny was an assistant coach with Nyack College for two seasons.

A graduate of Nyack College, Penny was a four-year starter and played a key role in both Central Atlantic Collegiate Conference championship-winning teams in 2010 and 2012, as well as helping the men’s soccer program earn their first NCAA DII National Championship bid in the school’s history.

Penny is a native of London, England, where he grew up playing at many levels. The highlight of his playing career was playing semi-professionally during his teen years. In 2007, Penny made the move to the US to begin coaching for the New York Red Bulls Training programs. He then moved on to become the head coach for two Super-Y League teams at the Ocean City Barons. His spell as a coach was put on hold following his time there to take the opportunity to play at Nyack College. During his time at Nyack, Penny became a man of God who has been involved in several missions’ trips & community service projects. In May 2012, Penny graduated with a Bachelor’s degree in Accounting.

Penny’s leadership on the field has smoothly transitioned into a coaching role where he hopes to continue learning from his peers and develop his coaching accolades. Penny is also a CPA having most recently worked as a Tax Specialist at Berry Dunn, and an Audit Senior Assistant for Deloitte & Touche.

He and his wife Monique, currently resides in Brewer, Maine with their daughter Althea, and son Nicolo. 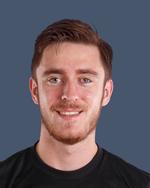 Carlos Bermudez Roa enters his first season as a student assistant coach for the men's soccer program in 2020.

Carlos arrived at Husson University in 2019, starting as a defensive midfielder and helping the men’s soccer team reach the semifinal round of the North Atlantic Conference Championship Tournament. Due to Carlos’ vast knowledge of the game and his experience playing and coaching in Europe, Coach Penny promoted Carlos as one of the team’s captains by the end of his maiden campaign. Due to persistent injuries, Carlos’ playing career came to a premature end, paving the way for him to continue his passion in coaching.

Carlos had a playing career spanning 15 years in Spain with five different clubs. During this time, he had the opportunity to play against some of Spain’s top Academy teams such as Atletico Madrid, Getafe, Rayo Vallecano, and Alcorcon.

As a coach, Carlos trained several teams between the ages of U-11 to U-15 in Spain for four years before moving to the U.S. The highlight of his coaching career came during one of three appearances at international tournaments where he guided his team to the semifinals and was named the top Spanish team after beating the 1994-95 English Premier League Champions - Blackburn Rovers Academy Team.

Upon graduation from Liceo Sorolla High School in Spain, Carlos immediately began working towards his coaching qualifications to fulfill his ambition and career objective of becoming a professional soccer coach. He currently holds a UEFA A Coaching License, which is one level shy of the UEFA Pro License which is necessary to coach in professional leagues around the world.

In continuing his passion for youth soccer development, Potter served as the Head Coach for Seacoast United Blackbear U18s in the 2016, and has also served as one of the clubs goalkeeper coaches for the past two years.