The John P. Boucher Field, home to our men's & women's soccer and lacrosse programs, was built in 2001 through a generous donation by Husson alumnus John Boucher '66.

Recently (2007), the park underwent a face lift. Once again, with Mr. Boucher's generous support, the field lost it's natural grass and was converted to FieldTurf. The $650,000 renovation made the John P. Boucher Soccer Field one of the finest collegiate fields in New England.

Granite and iron fences surround the field and bench enclosures giving the complex that "old world" feel which makes it a very special place to play.

A soccer coach for more than 20 years, John began his coaching career as the coach of a premier under-12 team in the Granite State Girls Soccer League. He became President of that league and during his tenure, the league grew to 1,800 players (ranging in age from 8-19) with more than 100 teams. He went on to coach girls soccer at Souhegan High School located in Amherst, New Hampshire. Under his direction, Souhegan High School Girls Soccer won eight state championships in a row. The school holds a national record for consecutive state championships with 10 in a row (two coming prior to Coach Boucher arrival). Boucher finished at Soughegan High School with a career record of 175 wins, 15 losses, and 5 ties. John's record in postseason play was 38 wins and 2 losses, with both losses coming in the New Hampshire Division I finals.

John graduated from Husson in 1966 with a Bachelor of Science in Business Administration. After a successful career with Exxon, he went into business for himself. He owned and operated a retail motor fuel and convenience store business located in southern New Hampshire called Stalee and JPB Fuels. He and his wife Judy are the parents of two daughters and live in New Castle, New Hampshire.

With the help from yet another donation in the fall of 2011, the Boucher Field went through another fantastic facelift with the addition of the gorgeous press box and lights. Night contests at Boucher are truly spectacular with the campus backdrop set against this beautiful facility. 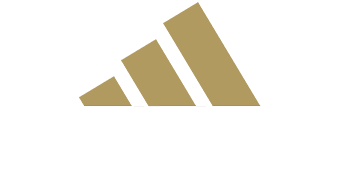